The jury recognised the work of this young man who is developing technological solutions for cleaning up plastic in the world’s oceans and rivers through The Ocean Cleanup foundation. • The winner stands out for his capacity to tackle one of the most important global environmental threats using “innovation, entrepreneurial spirit and a continuous search for technological solutions” 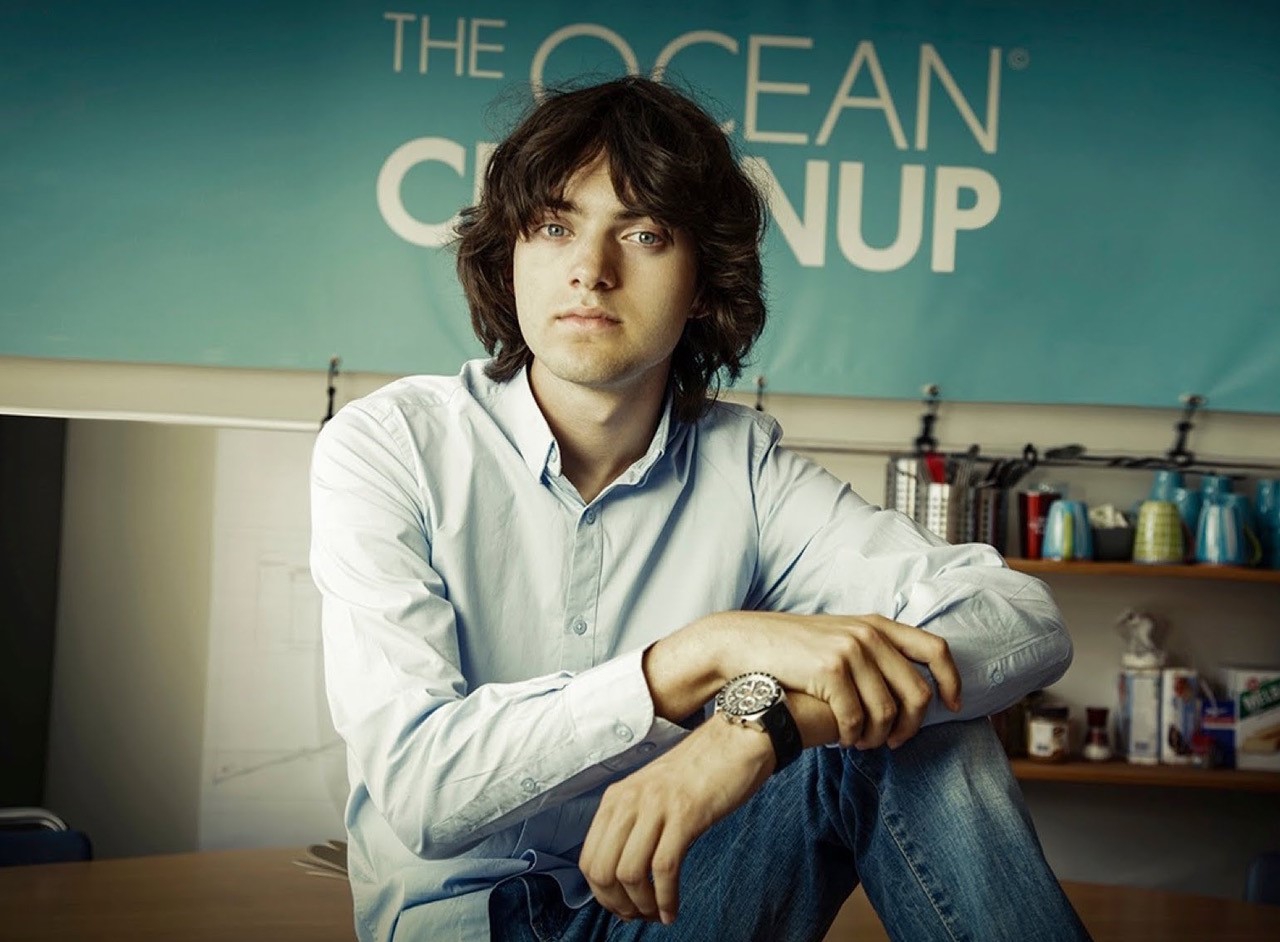 Dutch inventor and entrepreneur 25-year-old Boyan Slat, who is developing technological solutions to eliminate plastic from the oceans,has today been chosen as the winner of the 2020 Princess of Girona Foundation International Award. The winner’s name was announced after a teleconference held by a jury of experts, chaired by doctor, epidemiologist, researcher and member of the FPdGi Advisory Council, Pedro Alonso, and also made up of astrophysicist and editor of Nature between 1995 and 2018 and current editor in chief of the publication by the same company Springer Nature, Philip Campbell; artist Mat Collishaw; architect and 2015 FPdGi Arts and Literature Award winner, Olga Felip; director of the European office of the Bill & Melinda Gates Foundation, Anja Langenbucher; scientist and 2015 FPdGi Scientific Research Award winner, Samuel Sánchez – acting as secretary –, and historian and journalist Giles Tremlett.

The jury chose the founder of The Ocean Cleanup for “having tackled some of the global environmental problems caused by plastic pollution in the world’s oceans and rivers using innovation, entrepreneurial spirit and a continuous search for technological solutions”. The jury also highlighted that as an innovator Boyan Slat demonstrates “outstanding energy and creativity, and is an example to other young social and environmental entrepreneurs”.

The jury was impressed by the story of how Boyan, at the age of just sixteen, embarked on his fight against pollution in oceans and rivers after discovering, while diving in Greece, that there was more plastic than fish in the sea. According to the chair of the jury, Pedro Alonso,they particularly valued “the entrepreneurial spirit of this young man who is ambitiously seeking solutions to real problems without fear of failure and doing the only intelligent thing that can be done when one fails: change and try to improve”.

Alonsoadded that “in the brief history of the International Award we can see a narrative”, referring to the fact that the two young winners so far have managed to develop innovative solutions to some of society’s great challenges to create a better world. The first edition of this category in 2019 recognised the work of Maria Jammal,a young Arab-Israeli woman who leads the international humanitarian aid organisation Humanity Crew which offers psychological support for refugees.

Winner’s biography
Boyan Slat (The Netherlands, 1994) remembers how, aged just sixteen, he came across more plastic than fish while he was diving in Greece. It had such an impact on him that he decided to do a project at school to study plastic pollution in the oceans and find out why it was so difficult to clean it up. After this work, Boyan began to devise a passive system which could help clean up plastic in the world’s oceans by harnessing their currents. In 2012, Boyan presented his system in a TEDx talk and it received so much interest that he decided to abandon his aerospace engineering studies to dedicate all his time to developing his idea. A year later he founded The Ocean Cleanup, of which he is currently CEO.

The Ocean Cleanup’s mission is to develop a series of advanced technologies to rid the world’s oceans of plastic.After it was set up, the company managed to raise 2.2 million dollars through a crowd-funding campaign which received funds from almost 38,000 donors in 160 countries. In June 2014, The Ocean Cleanup published a study into the project’s potential and oceanographers Kim Martini and Miriam Goldstein conducted a technical analysis of this research which was published on the Deep Sea News website and cited by important media such as Popular Science and The Guardian.

Currently, The Ocean Cleanup has raised more than 30 million dollars in donations from entrepreneurs in Europe and Silicon Valley (USA), such as Marc Benioff, CEO of Salesforce. Boyan estimates that, with the development of new designs, half of the great Pacific garbage patch could disappear within five years at minimal cost. The project, which began in mid-2018 in San Francisco Bay (USA), is gradually introducing new systems and it is hoped that over the course of this year it will be possible to implement them on a large scale.

FPdGi Awards
The announcement of Boyan Slat’s name in the International category completes the list of winners in this current edition of the Princess of Girona Foundation Awards, which also recognised chemist Rubén Darío Costa Riquelme in the Scientific Research category – announced in Valencia on 12 February –, technology innovator Guillermo Martínez in the Social category – announced in A Coruña on 26 February –, director and screenwriter Guillermo García López in the Arts and Literature category – announced on 12 March in a teleconference with the jury of experts, and entrepreneur Pepita Marín Rey-Stolle – announced on 26 March after an online meeting of the jury of experts.

The Foundation was forced to suspend the activities planned for the Winner Announcement Tour event in Logroño on 12 March, and in Toledo on 26 March, due to the exceptional circumstances brought about by the impact of COVID-19. Instead, the respective juries met by teleconference, maintaining the prearranged schedule.

Adapting to this unique situation, the Princess of Girona Foundation also created a virtual version of the entrepreneurial youth challenge it holds every year in different Spanish cities during the winner announcement tour. More than 200 young people from different regions of Spain participated in this online activity which encouraged them to come up with creative ideas to prevent loneliness among the elderly during the period of confinement. Further information HERE.

This year, the Foundation is celebrating the eleventh edition of these awards, which come with a prize of 20,000 euros and recognise the work of five young people who stand out for their entrepreneurial and innovative attitudes, as well as their capacity for transformation, thereby increasing their visibility and social presence. With these Awards, the FPdGi reaffirms its commitment to building a society in which training, effort and talent guarantee future opportunities for young people.